February 27, 2015, a day just as important as Jackson’s birthday. The day he took on our last name!

If you don’t know too much about adoption, in the state of Wisconsin, there is a six month waiting period before you can legally adopt a child. Well, there are some other things too but in most domestic/infant adoptions the process goes a little something like this. A baby is born, the parents’ rights are terminated, and six months (roughly) the legal adoption proceedings take place. 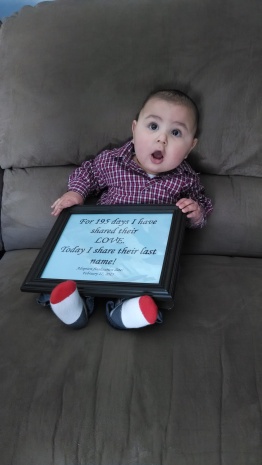 This is what happened in our story. Jackson was born to Heather on August 12, 2014. He took her last name. We made that decision together, Heather, JJ and I, collectively. It was easier to do it that way because their last names would match at the hospital and we wouldn’t have to do deal with any more hoops than we already were going to have to. Heather also signed a document that in the event Jackson wants to see a copy of his original birth certificate when he turns 18 he can. 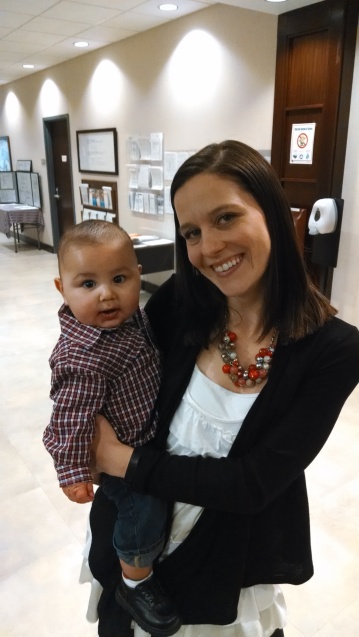 Then on September 22, 2014 (it is supposed to be about 30 days after the birth), Heather’s rights were terminated. You can read more about that day here. Then for the next 6 months we are under the microscope of the State of Wisconsin. Jackson wasn’t ours quite yet. He technically was a ward of the state and we were his legal guardians. This is sort of a weird feeling. I always felt like his mom, never anything less. But accordingly to legal paperwork, I wasn’t quite his mom yet. 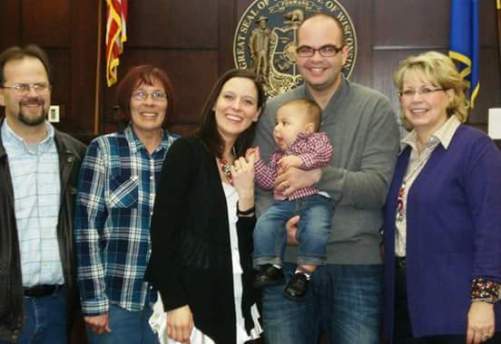 Then the day came, February 27, 2015, our court date. I wish I would have videotaped the day, it was so perfect. You don’t have to take the witness stand or anything but you are seated in front of the judge and he questions you on what adoption means. And boy, I am thankful he questioned JJ first because after JJ gave his response to what adopting Jackson meant to him I don’t think I could quite get any words out. As a side note, one of our friends whom we met through our adoption agency adopted their little boy right before we did. He and Jackson are just short of a month apart and are great friends. I love that Jackson has adopted friends to grow up with.

So every year on February 27th we celebrate Jackson’s Gotcha Day. Some people in the adoption community find this day offensive and do not celebrate it. We are choosing to embrace it and celebrate it as long as Jackson wants it celebrated. And who wouldn’t want another celebration in their life. This year Jackson got nerf guns (which I will share about later this week!)

And it is hard to believe that in 6 short months this little blessing will be four!!!